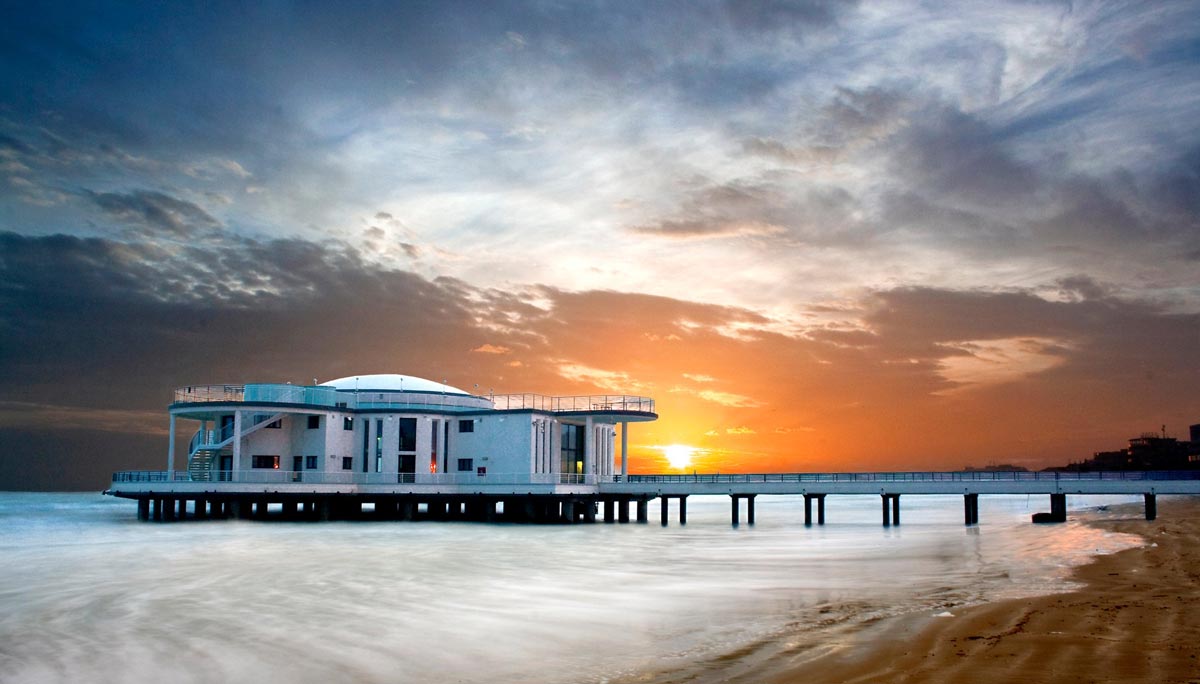 The summer school will take place just a few meters above sea level inside of the simbol of Senigallia: Rotonda a Mare. The iconic building is an harmonious example of beach architecture and the result of many vicissitudes, destructions, projects and reconstruction works. Everything started during the Belle Époque with the creation along the beach of a wooden platform for hydrotherapeutic treatments and recreational activities designed by Vincenzo Ghinelli (1792-1871).

The decision to build Rotonda a Mare in Senigallia was taken by Azienda Autonoma Stazione di Cura e Soggiorno on 30 January 1932. The project, submitted by Engineer Enrico Cardelli, was chosen because of its “ingenious and favourable economic characteristics”. The building, once completed, was inaugurated on 18 July 1933 and soon became a popular place with music entertainment. A few years later, on 7 July 1935, the Italian Prince Umberto of Savoy travelled to Senigallia to inaugurate a beach holiday centre, called Colonia Marina Maria Pia di Savoia, and visited Rotonda a Mare.

Rotonda a Mare lived its golden years between 1950 and 1960, when it became a “temple” for the local jet set and a place where Italian music stars performed in concerts. It was reopened to the public in 2006 at the completion of restoration and requalification works. Traditionally Rotonda has represented many different things for the local people: a meeting place with a social function, a pleasant opportunity for entertainment and a symbol of the artistic and cultural life of the city.